It feels like most stuff isn’t working right now.  Both my girls have had varying degrees of sickness, ongoing, since February 4th.  I finally consented to doctor visits for both, and we now have two bottles of antibiotic in the fridge.  My youngest is especially temperamental when she doesn’t feel well, so random, surprise tears have been added to the mix.  The weather is less than cooperative here (especially according to the public school folk, who have just logged their 57th snow day…..approximately 😉 ).  We are full of snowed in, iced over, sick, cranky people in this house. 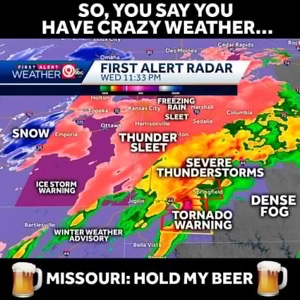 I thought I’d spend at least a little time focusing on what is working.  In no particular order:

Walks and talks with my oldest.  I don’t know if this will actually become a habit or not, but right now it looks promising.  The two of us, who hate anything even remotely close to exercise, are actually willing to leave the house after dinner and walk around the neighborhood for awhile.  We can’t possibly be burning calories, but it’s given him some much needed sister-free time and it’s also helped me realize how full his brain is of wonderful and amazing things.

Christmas lights in almost-March.  This is the second year where, after taking down the tree in mid-January, I kept out two strands of lights to hang over the curtain rod on our living room bay.  Two strands of tiny, multicolored lights are exactly the right amount of light to be cozy (and, surprisingly, functional–it’s enough to read by).  I keep them on the same timer I had for our Christmas tree, so every morning when I come downstairs they’re there to greet me.

My youngest and almost-reading.  My five-year-old isn’t reading yet, but she’s suddenly starting to make huge leaps in connections and understanding.  She spends large portions of her day thinking out loud:  “There’s Koda.  K-K-K-Koda starts with K.  She’s furry.  F-F-F-Furry.  F.  F is furry.  Hey, Mama, I can spell ‘run!’  R-U-N.”  I suspect it’s making her siblings crazy, but I love it.

My big kids reading.  My oldest–who will still insist that he doesn’t like to read–has been devouring books over here.  Apparently, the kid who sees absolutely no need or purpose for algebra has no similar concerns with the classic canon of literature, and has polished off The Grapes of Wrath and Brave New World for school while also reading One Flew Over the Cuckoo’s Nest and No Country for Old Men just for fun.  (Um….fun?!?)  That’s only a bit of the list that I’ve been keeping track of over these past six weeks.  After requesting to not have specific “reading for school,” my daughter has been polishing off books at the rate of one per day; some, yes, pretty light reading, but others not so much (she’s knocking out the Mary Poppins series right now).

Snow days on our side.  With both my daughters alternating between “just a cold” and “flattened” simultaneously, there’s been the potential for a lot of missed extracurriculars.  Somehow, the weather that everyone else has been cursing has come to our rescue almost every time, and classes have been cancelled on days (or nights) when my girls would have been too sick to attend.

My husband quitting his job.  Because when you’ve been planning something for six months, it feels good to finally pull it off.  The countdown to “last day” has begun.

It’s funny how if I just keep my eyes on the good, the bad stuff tends to fade into the background.